Since my firstborn is off to college, I thought I would resurrect a post from my old Badmamma blog circa 2011.  He is such an amazing kid and has always done things his own way.  We may butt heads but I have so much respect for him and I love watching him work hard and accomplish so much.  Enjoy!

For as long as I can remember, I have been a doormat.  I don't know why and I don't want to know why.  All I know is that I don't want my children to be doormats.  So what do I do when we are faced with any kind of confrontation?  I tell my kids to give in and walk away.  It is just easier. My husband, on the other hand, is confident and strong-willed. I like to believe we complement each other and bring the sort of balance needed to this well-oiled machine that is our relationship.

One day, a little friend was visiting our house and asked my son, 7 years old at the time, to dismantle some sled/plow machine he had created so that she could use the sled, (I wish I had a picture of this thing. It was impressive).  He replied with an emphatic, "No."  Fortunately for my son, when the friend complained to my husband about my son's noncompliance, my husband simply stated that she needed to deal with it because "Spencer likes his stuff the way he likes it and I am not going to make him take it apart."

Weird, right?!? Can you actually say no to a guest in our house? A seven-year-old at that? The audacity!  "I am just curious." I said to my husband, "Why did you handle the situation that way?"  To which he replied, "I never really thought about it.  I know how he feels about his stuff and I wasn't about to force him to do something he didn't want to."

Hmmm...Forced to do something he didn't want to in order to please another person... What a curious concept.  How on earth did I let that one get away from me? I read the books, followed the blogs, went to the classes. This never came up. Socializing is good. Getting kids together helps them learn through play. They learn to share and be nice humans. What does that mean though? The whole idea of letting him be kind to himself never even entered my orbit. I just wanted him to be nice, but at what cost?
Ironically enough, I encountered a similar situation with my daughter at the Children's Museum right around the same time.  It was my initial instinct to let that little boy have all the toy fish to play with simply because he wanted them but, wait, no no no.  "Wait your turn little guy.  My daughter is still playing with them."  I didn't even look for his reaction but my daughter looked up at me dumbfounded.  I realized right then and there that I had been screwing up.  Ugh! From that point forward, I had to fight every urge that had been ingrained into me as a compliant little kid, girl, student, employee, and friend, to help my kids be true and kind to themselves. I still fight the urge, constantly, to put myself last, and ironically, my kiddos are my inspiration! 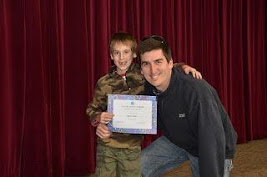 Just look at those cuties!