October 24, 2021
Due to my firstborn's shoulder surgery halfway across the country, I had the rare opportunity to have a week of downtime. In between sleepless nights and ice packs and pain meds, I read, spent an obnoxious amount of time on social media, and ate a ton of fast food.
I brought three books with me: The last graduate by Naomi Novik, Screwtape letters by C.S. Lewis, and Creating change through Humanism by Roy Speckhardt. I chose the first because it is a library book and I am DYING to finish it as it is the sequel to Deadly education, which left on a wicked cliffhanger. I chose the Screwtape letters because I read it as a kid and remember it being weirdly entertaining and I grabbed the Humanism book because a friend lent it to me. I made quite a bit of progress with Deadly education. It is one of quite a few sequels that I have read lately that is better than the first. I never picked up Screwtape letters but I did poke around at the Humanist book and spoiler alert, I think I am a Humanist.
Before I left home, I warned my husband that we might have to cancel Netflix. I read an NPR article & listened to some comments on Pod Save America that mentioned that Dave Chappelle has said some offensive, Transphobic things on his latest special, The Closer, and some quick Google searches confirmed this. Insert outrage here. So, my son brings it up while I'm hanging out with him in the hotel. He mentions a different part of the show that he was seeing on social media. I then watch a clip from Real Time with Bill Maher that offered up a different view and now I am so frigging confused! What is happening here?
The only way to get to the bottom of this mystery/conundrum is to watch the special. I was more than apprehensive. I have never seen anything by him before but I LOVE comedy. In the interest of full disclosure, I deeply regret watching this with my teenage son. There were more than a few awkward moments. In the end, I have to say that I was enlightened, shocked, humbled, embarrassed, and thoroughly entertained. I think I am going to watch it again.
My son and I watched the Bill Maher clip together before watching the Netflix special. We talked about it after and we agreed that while some, (ok, most) of the things Dave Chappelle said were cringy and uncomfortable, he was speaking his truth. He was communicating that his views are ever evolving. I can certainly appreciate that. I hope that at the end of all the drama, this will get people to have a conversation about the, "human experience."  This was a quote from the show and I felt it.   We need to start assuming positive intentions and not looking for things to be offended and upset about. I am just so tired of it.  My son agrees and we don't agree on very much.
I am taking the red-eye back to Boston. The last time I did this, I was a lot younger.  It will be interesting to see how tomorrow goes.  I miss being home.  I miss my husband and my daughter.  I miss my doggos also.  I miss my kiddo already but he is coming home for Thanksgiving which is only a month away! I wonder what hot button topic will dominate the dinner table! 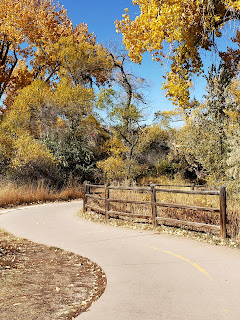 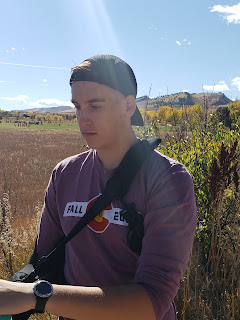